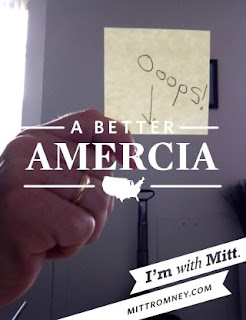 Posted by Michelle at 2:04 PM No comments:

Politics!  The state of today's politics leaves me just frustrated.  I want to think everything will work out no matter who wins, but I really don't believe it.  I grew up in a Republican family,  but I truly am far far from the current republicans.   Against a long-standing policy of mine I will be making political commentary from time to time.  This election is so important!

Love,
Shel
Posted by Michelle at 11:13 PM No comments:

So much has happened!  First and last in importance, our internet connection sucked for months.  Starting in December our internet suffered the slows.  AT&T was called numerous times to check as it turns out everything.  There must have been six visits.  They replaced portions of the inside wiring.  The changed the wireless router/modem.  They changed TV boxes.  Some things were fixed, but the wireless continued to SUCK!
I just added a Wireless N access point and Magic things work.  Apparently their wireless router is less than....
Oh face it it is a piece of Cr*P.

There have been physical problems.  I am hope tonight and not at the Gay and Lesbian Film festival because I don't feel very well.  The biggest problem came several weeks ago.  I had an "Happening."  I thought the happening might have been a heart problem.  I even called 911 and the paramedics came.  By the time they came I was feeling much better (it didn't take long for them to arrive, either.) I have had every cardiac test short of surgical procedures.  I am apparently just fine.  I apparently had a form of heat exhaustion and dehydration. I may also be having a virus.  So I drink a lot in the heat now and I just live through the virus symptoms.  I'll take that over heart problems any day.

Mentioning the Hartford Gay and Lesbian Film Festival, I would have been working at it if I hadn't been taking tests for the "happening."  I have missed so much this year with my father's health problems and death and now this!  I wouldn't have done things differently, but it has been quite a year.

Have a great night,
Love,  Shel