My ex partner, spouse has just had a massive stroke.  She is now in the hospital in intensive care following surgery to remove the massive blood clot.  My sons are totally demolished and I am paralyzed.  I know I said ex, but after so many years there are still feelings and we shared so much.  She is receiving the finest medical care, but there has been damage to her brain, how much is still unclear.  This is a hard season for many, me included, and this just makes it harder.

Love,
Shel
Posted by Michelle at 5:22 PM No comments:

I know it is kind of ridiculous to post on an average of one post a year, yet here it is!  There hasn't been  a lack of  things to write about and I have the time.  I just haven't had the inclination.  I don't know how else to explain it.  In New England this winter the weather has been severe.  The month of February saw all four weeks with snow storms (one week with three storms.)  Temperatures were often below zero.  Recently there has been a welcomed break.  Temperatures have been in the upper 30's and 40's and the deep layer of snow is melting.  Lent started very early this year so we are now at the 4th Sunday in Lent.  Palm Sunday is in two weeks!

I am continuing with my part-time Church work.  I am going on my third year at this Parish.  I find it very rewarding.  There has been a lot of illness in the older people of the Parish and this has increased the pastoral load.  The only real problem is that I am growing older, I turned 70 this year.  Where did the time go?  My age wouldn't be a problem if I had no physical problems, but I have developed quite serious arthritis in my spine.  It has changed how I walk and how I do several other things and I have occasions of sustained intense pain.  I guess it is my cross to bear.

I have been pondering how I might best use this blog.  Certainly one post a year is not a good use of it.  I have done various things with blog over the years.  I  will work it out before long.

In the mean time keep well.

Love,
Shel
Posted by Michelle at 6:07 PM No comments:

It's been a year almost since my last post!  I am not sure why I have been so negligent.  I have been very busy with Church work and family things.  I know its not much of an excuse.  I will try harder.
I will return!

Love,
Shel
Posted by Michelle at 8:58 PM No comments:

I started this week with two of my three desktop computers sorely needing attention.  One needs to have the dust removed, I am sure.  It keeps overheating and shutting down.  I have used it for some time as a server and is the oldest of the systems.  The other system stopped functioning shortly after I installed Windows 8 on it.  It's non-functioning may just be coincidence, but i am not really sure at this moment.  I have dragged my feet on fixing these systems because I had a fully functioning Laptop, which I use along with my ipad (yes, I have an Apple device!) 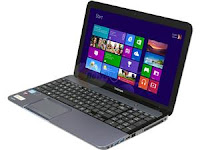 My Laptop was fully functional until just recently when it began to slow down drastically.  This is alarming since it is a Quad Core AMD and usually functions well.  I noticed several things:  no-matter what I changed or disabled nothing much changed in performance and disk utilization was almost always at 100%.  This also has Windows 8 on it.  I installed it so I would know all the ups and downs of the system.  One thing I have learned -  I really hate Windows 8.  Several months ago I upgraded the hard drive on the system, because the 500 G that came with it was getting crowded.   Well this week the new drive would no longer boot the system.  It kept going into a drive check and staying at 27% completed - no further.  I eventually replaced the new drive with the old one, but now I have a system with old data.  I put the removed drive in a case and attached it with USB and ran tests on  it.  It tests perfect!  WTF!  Well at least I can copy data off it.

Long story short, I now have a NEW laptop with core i7 processor, 8 G of RAM and 2G of graphics memory.  The only downside to it is that it came with Windows 8.  Microsoft is now testing Windows 8.1 and it is supposed to correct some of the problems and be available in a few months.  It is available as a testing system now, but there are sure to be changes before the final release.  I am really not up for Beta testing right now.   I just need to get my software on my new system and get back to business.

What am I using now? I am doing this on my old, old laptop at the Church Office.

This Memorial Day is kind of laid back.  I am called to remember those in my life who have moved on.  I think most of my father who died a year and a half ago.  The grave marker is of his grave in Arlington National Cemetery and was taken near Christmas, hence the wreaths.  My father was in the Military for 26 years and served in both WWII and Korea.  Military life colors my early childhood.

All my father's sisters and brother predeceased him as did my mother.  He died at the age of 100 and I clearly miss him.

Strangely, I have also been remembering people who have been in my life and gone, but are still alive.  I am not sure why that is, but I miss them.  I don't dwell on missing them but occasionally I do think of them.

Have a great Memorial Day weekend and a great Summer.

I need to renew my Connecticut Driver's License.  The last time I did this all I needed to do was bring my current license and the fee.  I then had my picture taken and Voila!  I had a new Drivers License!  Now I need to bring my state verified birth certificate, current drivers license, social security card, and two computer generated bills with my current address.  What has happened?  Is my identity really in doubt?

Oh well, I have all that stuff so I am good to go, but it seems like a lot of foolishness to me.  Just a thought.  What will I need next time I renew?  Proof of DNA?  Life is very interesting.  I just have to think of what people who don't have all the documentation in hand must go through.

My heart breaks at the scope of the tragedy experienced by the families of Sandy Hook Elementary School.  I cannot imagine the depth of grief of those whose lost loved ones, children and school staff, to senseless violence.  I can only pray for them in my helplessness.  "God be with them and give the solace and Peace."

I have done supply service at a church in the Sandy Hook area.  These are fine people and in no way deserving of this tragedy, though I cannot conceive how kindergarten children anywhere would deserve the violence of Friday morning.  I can only hope that the families can find God's healing grace in their lives.

This was senseless violence and senseless loss and I cannot imagine what might lead a person to do what that young man did.  I only know that the technology for that violence was all too readily available and that is a failing of our society.  Guns don't kill, but a person with a gun can kill all too easily.  We as a society and a Nation need to do something.  The violence in our country is deadly and insane.

I need to go back to writing my Sermon.  Hopefully i will make some sense.

Posted by Michelle at 2:27 PM No comments: