One Thing About Me 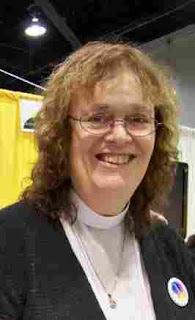 My first name is Michelle.  I was named after a military buddy of my father's.  His name was Michael and Michelle is the French feminine of Michael.  The name is Hebrew in origin, meaning "resembling  God."  There is an Archangel named Michael who is one of two named angels in the Bible (Gabriel is the other.)  Shel is a nick name.

My middle initial is "H". It is for Helena. St. Helena was the mother of the Roman Emperor Constantine the Great. Helena was also attributed with the founding of many churches at well- known Holy Sites.

Where was Shel Born?

What was my undergrad major in College? And where did I go?
I know that you are all breathlessly waiting for this one!  I majored in PHILOSOPHY!  By the way this Blog was originally named "Philosophy Corner"  I was graduated from the University of Rhode Island with a B.A. and then went on to grad School at Yale, where I received two (2) Masters Degrees.  They were in theology and it took 4 years to get them.

What was my original College Major?  Let's add how many minors did I have and what were they? (Remember I am a Kind of geeky woman!)
I entered the University of Rhode Island as a Chemistry Major in an accelerated  Chemistry program.  (Yes, I was a Chemistry prodigy!)  For reasons other than ability I switched to Philosophy after the first year (Straight A's).  When I finished my undergraduate program I had majored in Philosophy with minors in Mathematics, Psychology, English, History, and Sociology.  I additionally was the manager for the University Bands and I tutored Logic and Proctored exams for the Philosophy Department.  I was a little bored with all those things so I took private tutoring in Greek (the University of Rhode Island didn't teach it then. I don't know about now.)

What is my current intellectual passion? (remember I am a geek!)
Theoretical Physics has been one of my more recent passions!   I read everything about Quarks, Black Holes, Strings and the Holographic Principle that I can find.

What else does Shel do when she isn't reading Richard Feynman or Stephen Hawking?
Shel thinks up these stupid questions! What was I thinking when I asked this question?

What is Shel's newest toy? (don't think dirty because it's not that kind of toy!)  This is embarrassing because I cannot remember what I was thinking of when I wrote this question.  Whatever it was my current new toy is a new Blackberry Torch phone.  I assume that I was thinking of something like that, but I also consider Jewelry as toys and I got a lovely new watch for Christmas (a gift from a friend) and I just built a new computer system (another kind of toy.) Oh, I bet I remember now!  I have a Kindle!  I have no place to store books so the kindle is ideal for me.  I can read again!

What Languages can I speak and read, other than English? (there are four of them)
In the order I learned them: Latin, French, German, Greek (I read the New Testament in Greek.)

What camera equipment am I using these days?  I am shooting with a Canon 7D (two of them actually.)  I have several new Lenses. I have added a Canon 5d Mark II camera to the mix.  This is a full frame camera. For more check my Old Soul Cemetery blog. Note: the latest Camera is the Canon 5D Mark III.  This is another full frame camera.

I just know you were  just dying to know that I am an only child.  I have three children myself and one granddaughter.  I dote on her.