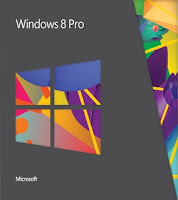 I am still on the Windows 8 kick.  I have been using it now for a while so I have more experience.  One thing I want to make clear, is that it works!  It is not fatally broken.  I am still having some problems, but they may just be my issues.  First, my desktop is still broken.  it may be a coincidence but my desktop will not fully boot after installing Windows 8.  I still have not fully diagnosed the situation since I have had more pressing issues.  I will let you know wen I know more and fi the problem.

My laptop has been running fine with Windows 8 with some provisions.  I still have some issues with Windows Update, namely 5 updates that consistently fail.  I have tried all the recommended remedies and they all fail.  I am hoping that there will be some new fix for the issue.  I want to avoid the drastic move of cleaning everything off and starting fresh.

I have added a free program to the mix called "Classic Start Menu."  it has made Windows 8 run more like I want, just like Windows 7.  I need to say now that Windows 8 looks like it is a great fit for the new generation of touch screen laptops and tablet like devices.  Tablets under Android and IOS have become very important additions to personal and business computing.  We will just have to see if Windows 8 brings Microsoft into a major position in  this market.  I still do not see the advantages to the user interface if you are using a more traditional desktop, laptop or netbook.  The interface is so different that there will be a big learning curve.  This probably won't be a problem for the younger and more adventurous, but will for the more established users; those who are comfortable with Windows XP and Windows 7.

One overall thing I have noticed Windows 8 seems to be very disk intensive.  It reads and writes to disk a lot more than Windows 7.  This causes congestion and subsequent hanging.  Interestingly, task manager shows this much clearer in Windows 8.  Again I think that the problem is that Windows 8 has been optimized for devices that are using primarily solid state disk storage.  This is just a guess. 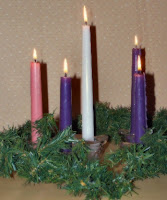 On a personal note,  I am finding it a bit difficult to deal with the Holidays this year.  This is the first year without my father around and I am noticing his absence. This is just a part of life and I am dealing with it but it has added a somberness to the season for me.  Speaking of the season, it is Advent.  I know our society insists on making this time an orgy of shopping and parties, but in the Church we celebrate a season of expectation and preparation in Advent.  Last Sunday we remembered the prophecies of the coming of God's Kingdom and the coming into this world of the hope for Peace and Salvation.  Blessings to one and all!