I was driving on Interstate 84 today and I am totally amazed! I was driving about 20 miles over the speed limit and I was apparently going slow. Cars were passing me on the right and on the left and I wasn't passing anyone. When did such levels of speeding become so routine? Where were the State Police? They should have been stopping everyone on that highway, including me! I drove slower riding home. Seventy and above is just too fast. I am not old and poky, I just want to survive the journey.

When driving at reasonable speeds I often use the time to think. Even if I had a radio (remember it was stolen a week ago) I wouldn't turn it on. The only disturbance is the occasional comment from the GPS (I replaced it.) I started to lament the loss of a friend and I fear I was on the verge of tears. I have a number of friends, but few I would call really close and trusted. I thought she was close and trusted and we talked frequently; alas, no more. She isn't returning my calls and not calling me on her own. I really don't know why either. I thought things were better between us, I guess not. I can't think of what I might of done. 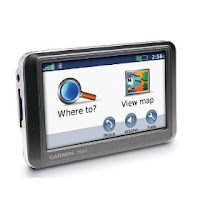 I have done some shopping to replace the stolen items. I now have a new GPS Garmin Nuvi 760, a new cd/FM radio (still not installed, and a chest of tools (most of which I am sure I will never use.) I also got some new computer equipment (not involved in the theft) that will be useful. I now have three computers. One (the one I am using now) with Vista Ultimate, one with Windows XP Professional, and one with Windows XP Home. The one with XP Home on it now I am considering putting Linux Ubuntu on. I want to get back into Linux. I have also thinking about putting Windows Server 2008 on the system with XP Professional. I need to ponder this a bit and do some experimenting.

I have been helping my youngest son with a computer project. It is nice to be able to work with him on something. Our relationship has been so difficult over the past few years.

I am on fluids today. I went to the Doctor who did the Lap-Band surgery and he did a fill. The fill just narrows the opening between the upper pouch of my stomach (made by the Lap=Band) and the lower stomach. This should help me restrict my food intake. My weight loss had slowed down and I want to loose at least another 50 lbs (yes, that much!) Even though I am a lot thinner, I was very overweight before. If I didn't have occasional back pain, I think I would feel great (and look great too.)

Today was a pretty good day as day's go. My visit to the Doctor was good; by the way, he is a charming man. If I were interested in men, he would be the sort I would like. I also went to T'ai Chi; it gives me such a feeling of calm and being centered. I hope you had a great day!

Email ThisBlogThis!Share to TwitterShare to FacebookShare to Pinterest
Labels: my day